In this recent webinar, Cult Collective CEO Chris Kneeland, showed how many brands are continuing to invest more marketing dollars into advertising for increasingly diminishing returns.

More and more, consumers have learned to “tune out” ads and are simply ignoring – and even worse, distrusting and blocking – these tactics, yet the cost of mass media continues to climb. The belief that more and better advertising is a sustainable way to drive brand affinity and profit is truly the great fallacy of our time, and the outdated “purchase funnel” and ad agency model are largely to blame.

The belief that more and better advertising is a sustainable way to drive brand affinity and profit is truly the great fallacy of our time. 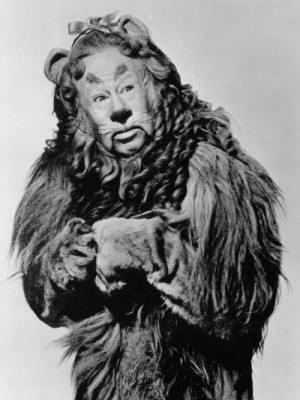 Too many brand leaders seem to lack the courage required to fight the instinctual fear of stepping outside of the status quo and challenging long-standing marketing paradigms. Understandably, it’s not an easy thing to do, especially for those leaders who operate within a risk-averse corporate culture. But take some encouragement from Tony Robbins, who says, “Stop being afraid at what could go wrong and start being excited about what could go right.”

Too many brand leaders seem to lack the courage required to fight the instinctual fear of stepping outside of the status quo and challenging long-standing marketing paradigms.

But, there are some indicators that things are changing.

Some CMOs and brand leaders are awakening to the fact that consumer engagement is the only true path to brand affinity, loyalty and sustainable ROI. That in order to become meaningful to consumers, they need to “…go beyond the need to create awareness for the commodity (they) made for any old someone and become the brand that is based on affinity to the particular one,” as Bernadette Jiwa describes in her book, Meaningful: The Story of Ideas That Fly.

Summoning the Courage & Desire to Change

U.S.-based Hyland’s is a 113 year-old brand with multiple lines of natural homeopathic over-the-counter medicines. Known mostly for their babies and kids products, they compete in a category of big brands like Robitussin and Mucinex, backed by large companies with deep pockets who have, for decades, bought their way into consumers’ lives through advertising and promotions.

When Thao Le, the VP Marketing for Hyland’s, started with the company in 2003, she inherited a comparatively small marketing budget, a portfolio of 14,000 SKUs and a marketing department of one, focused almost exclusively on print media that was generating questionable results.

Over the years, while Le hasn’t succeeded in a sensational viral video or winning the hearts and wallets of millennials, she has succeeded helping nurture a brand culture with an insatiable appetite for experimentation – one that embraces failure as an opportunity to learn.

Content to remain behind the curtain, Thao Le and her team have made some heroic moves and demonstrated great courage in a category not known for boldness.

Thao Le and her team have made some heroic moves and demonstrated great courage in a category not known for boldness.

“We can’t play by the same rules because we’re smaller. I had to explore other ways out of necessity,” she explained to me in a recent conversation. “We experimented with social media, which was free at the time. We started working with influencers, like mom bloggers. I recruited people who were scrappy and resourceful, with the ability to look at a problem in different ways.”

Stanford-educated with an analytical background, Le, who considers herself “a strategist who happens to be in marketing” and recovering “data monkey,” hit a turning point a few years back.

Accepting the Problem is The First Step Towards Recovery

In the midst of doing what the brand had always done, she explained, “We were following what every other competitor was doing. I had to run an expensive FSI program and I had an epiphany: So I measured our redemption rate and – surprise – the ROI just didn’t work.”

That revelation gave Le the evidence and permission she needed to transform Hyland’s approach to marketing, reallocating budget once earmarked for traditional advertising towards non-traditional tactics that drive consumer engagement, and investing in things like product sampling and ethnographic research to uncover consumer insights. “We realized doing the same thing time and again wasn’t going to drive different results. That was the time we started running experiments.”

“We realized doing the same thing time and again wasn’t going to drive different results. That was the time we started running experiments.” 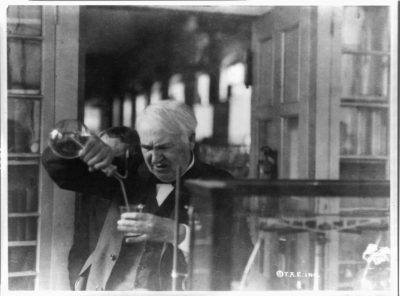 This really struck me. The concept of an “experiment” seems to be something most marketers have either forgotten about, or have too many excuses to avoid doing. It’s a term that has lost its place in marketing lexicon, if indeed it ever had one. But if Hyland’s – given their small budget – can experiment, what’s preventing big brands – or any brand – from doing the same? Certainly not the lack of wherewithal.

Chalk it up to the courage to take risks, and the persistence required to keep trying.

The concept of an “experiment” seems to be something most marketers have either forgotten about, or have too many excuses to avoid doing.

Describing one particular experiment, she explained, “We sponsored two Masters athletes: Mike Ehredt ran across the country to honor fallen American military service people from our war in Afghanistan with a Hyland’s t-shirt and stroller, and Michelle Jezycki, who founded the athlete-focused travel agency Tri The World.” For a brand largely recognized for its baby and kids remedies, this attempt to be more relevant to an aging yet active segment marked a radical departure from previous marketing initiatives. “We filmed their stories and created a website called Be There, Do That, but not many people came. So, we kept on experimenting.”

Le and her team have learned a great deal from initiatives that fell short of expectations. “We’re a 113-year old privately held company. We continually run experiments, and many don’t succeed. But we have permission to experiment and fail…and learn from it.” 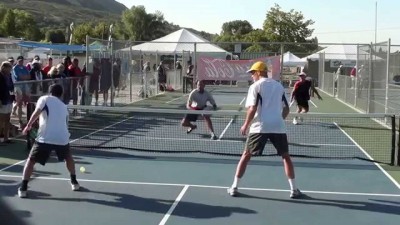 During one of Le’s experiments, where Hyland’s sponsored the Huntsman World Senior Games, her team discovered pickleball, which happens to be the fastest growing sport in North America, and one in which a growing portion of Hyland’s active boomers target customer base participates.

“Andrew Davis had introduced us to the concept of fractal marketing, and this has really been our guiding principle,” Le described. Andrew Davis, author of Brandscaping and Town Inc., elaborated, “As Thao and her team worked to divide and subdivide the audiences they target, it became abundantly clear that opportunities abound in addressable sub-segments that their competitors weren’t targeting.”

“So we thought,” explained Le, “What if we focused on the sport of pickleball?”

“What if we focused on the sport of pickleball?”

So, Le and her team began to take a genuine interest in pickleball and those who play it. “People are living longer and we know what can increase your quality of life: Staying active and being social,” explained Le. “Pickleball is both.” Realizing this niche sport received almost zero coverage, they decided to give something back to those who enjoy it so much, and started to produce a series of online shows, hosted by the leader of Le’s Digital Media Lab team, Rusty Howes.

That’s how the Pickleball Channel was born. A content-driven website and accompanying online community that exists not as an overt advertising vehicle for Hyland’s, but instead “to develop and provide fantastic, professional video content for the pickleball community.” It’s a radical and innovative approach, driven by the authentic interest Hyland’s has taken in the lives of those who represent their target customers.

Although Pickleball Channel is only two years old, it’s amassed a staunchly loyal following of players and fans who actively engage with the content, the brand and each other. Their Facebook Page alone has attracted thousands and thousands of followers.

Through Pickleball Channel, Hyland’s has immersed itself in – and been embraced by – an enthusiastic community of engaged fans who have become natural advocates for the brand. “When we’re at pickleball events, players and fans approach constantly just to thank Hyland’s for our brand’s interest and support.”

Hyland’s has immersed itself in – and been embraced by – an enthusiastic community of engaged fans who have become natural advocates for the brand.

Innovations like Pickleball Channel were driven not just by consumer insights, but by the genuine interest Le and her team took in the lives of the people for whom Hyland’s makes its products.

As Bernadette Jiwa puts it, “At its core, innovating is about creating something that makes a difference in the lives of users. And what people value most isn’t what some companies are focused on delivering.” Pickleball Channel is a prime example of this principle being put into practice, with exceptional results.

Be Something to Someone

“I’m a contrarian, I zig when others zag,” says Le. “Brands like ours have to change the game instead of play it.” Over her 13 years at Hyland’s marketing helm, she’s affected great change, steering investments away from mass media towards targeted digital media and things that bring the brand closer to consumers, one person at a time. “We recently sponsored the Boston Marathon and distributed bibs to 10 runners – but we invested in giving each of them a really GREAT experience, treating them as royalty,” she described. “They got to know us as people, not just a brand. We may have only won over 10 people out of 30,000, but those were 10 people who really mattered to us, and they know and influence hundreds more runners. We’re in it for the long haul, and look to build our fan base over time.”

“Brands like ours have to change the game instead of play it.”

Andrew Davis endorses this kind of mindset as one that marketers need to adopt to allow them to innovate meaningful initiatives that drive engagement and affinity. “If you’re going to build an ever-growing loyalty loop, you must focus on changing the game,” he remarked. “Instead of trying to be everything to everyone, try be something to someone.”

Clearly, brands like Hyland’s and leaders like Thao Le are living examples of this mindset, and I personally can’t wait to see what they’ll do next.

For the past 17 years, I've worked with consumer, b-to-b and non-profit brands to strategize and execute effective marketing communications that get results. Now, I help organizations find, acquire and serve customers in new ways that foster deep brand affinity and loyalty, and in ways that deliver measurable results and return on engagement
Further Reading
See All
Carson McKee
January 27, 2022