An Ounce of Loyalty Is Worth A Pound of Most Everything Else
Why mobile, digital, and social brands continue to exhibit loyalty supremacy.

Apple, Amazon, What’s App, Google, YouTube, and Kindle head of our 2014 Brand Keys Loyalty Leaders List. This is the 18th year aggregating brand loyalty leaders, and the seismic shifts in loyalty leadership in terms of new categories and brands making appearances in the Top-100 continues.

As we’ve always said – and the marketplace has proven – brand loyalty has always been driven by emotional engagement, and the rankings on this year’s list make it abundantly clear that connection, meaning, and differentiation is still everything to consumers. With 721 brands in 65 categories for consumers to rate, there’s a lot of competition for the top-100 spots. This year certain categories rose to the top because of their high levels of consumer emotional engagement. Oh, and their abilities to deliver against consumers’ increased expectations – in virtually any category you care to name.

This year certain categories rose to the top because of their high levels of consumer emotional engagement and their ability to deliver even with consumers’ increased expectation.

Other, new, non-digital/social categories include Fast-Casual Restaurants (Chipotle, Panera, Chick-fil-A), Insurance (USAA), Credit Cards (Discover, American Express), and Beer (Sam Adams). Dunkin’ Donuts was the only non-digital/social brand in the top-10, up 7 spots since last year, but not surprising when you realize their customers have rated them #1 in the out-of-home coffee category for years.

This year, the top-10 on the Brand Keys Loyalty Leaders rank as follows:

Forty-five percent (45%) of the top-100 brands account for consumer outreach and engagement via cellular and social networks, and the phones, smartphones, computers, and tablets needed to meet ever-increasing expectations related to outreach and personal connectivity the consumer uses as a yardstick to measure brands.

Last year beauty and personal care brands accounted for nearly a fifth of the top-100 but this year represent only 13%. The emotional engagement that women share with their beauty brands can be very powerful, but again, consumers are looking harder for a reason to believe and a reason to engage with – and buy – one brand versus myriad ‘me-too’ products. Check out who were among the brands to show the greatest positive loyalty increases.

Traditional retail brands were down 50%. The inability for many retailers to provide meaningful differentiation – beyond low-lower-lowest pricing strategies – has seriously eroded loyalty levels in the retail category. That, and a shift to buying online and via mobile devices. Retail brands that remain among this year’s Loyalty Leaders include J. Crew (#50), The Gap (#80), Macy’s (#88), Victoria’s Secret (#75) and T.J. Maxx (#92).

The brands that showed the greatest loyalty gains this year were:

With minor exceptions, it turns out that the biggest Loyalty Leader losers were primarily categories. Certain categories just disappeared.

These included Breakfast Cereal, which shouldn’t surprise anyone. The category has seen dramatic shifts over the past few years in how and what is consumed for breakfast. And anyway, and how much loyalty can you expect when “differentiation” is defined as which flavor marshmallow is in this particular box?

Pepsi and Coke. Sure, the category has shifted there too, but they’re both cold, refreshing, come in a bottle or a can, have ubiquitous brand awareness and distribution, and are each on sale alternate weeks. What is there to be loyal about?

ABC News, CBS News, NBC News, and the Today Show didn’t report this year list, some accounted for by the ascendancy of mobile. Today a tablet screen and a TV screen are regarded as two entirely different platforms engendering different loyalty and engagement levels for different programming. Certainly broadcast news is watched, but not considered an important first-source to be loyal to.

And you can search all you want, but you won’t find Bing or Yahoo on this year’s list either. When it comes to search, Google (#7) is the only one in that category that that appears.

Where loyalty exists, consumers are six times more likely to give a brand the benefit of the doubt in uncertain circumstances.

Not surprisingly General Motors didn’t make the list this year. Where loyalty exists, consumers are six times more likely to give a brand the benefit of the doubt in uncertain circumstances. But that well of forgiveness isn’t bottomless, especially in the face of seventy-five GM recalls (more than 30 million vehicles) this year alone. Loyalty is about the strongest bond you can create between customer and brand, but even loyalty has its limits!

McDonald’s, which up till this year had appeared since the List’s 1996 inception, dropped off the top-100 list too. In another study conducted earlier this year by Brand Keys, Millennials, a critical audience for fast food chains, reported a 20% decrease in visits to them, with 42% reporting increased visits to fast-casual restaurants, a category whose brands haveshown up for the first time on this year’s list. When asked to characterize traditional fast food brands, including McDonalds, 53% of this group called it “dollar food,” the result of a habituated fast food brand reliance on the ‘Dollar Menu’ to boost sales. The thing is, you can’t build loyalty on the basis of price. In the absence of brand meaning, stuff for a dollar, a new wrap, or new app, and all the social networks in the digital universe isn’t going to change things for them.

Which brands had the greatest loyalty and engagement erosion?

OK, it’s true that some of the shifts are certainly due to the creation and adoption of new categories and brands that better meet – even exceed – customer expectations. But brands that understand that real emotional connections can serve as a surrogate for added-value, and the brands that have made loyalty and emotional engagement one of their real strategic priorities and KPIs will always show up at the top of a consumer’s list.

Or, for more information regarding this year’s Loyalty Leaders List, your brand’s position on the list, or general information about integrating predictive loyalty and engagement metrics into your marketing efforts, feel free to contact: Leigh Benatar at [email protected] or 212-532-6028. 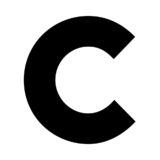