Anatomy of a Cult Brand: Be Involved
This is part five of a six part series that explores what it truly means to be a cult brand.

This is part five of a six part series that explores what it truly means to be a cult brand. “Anatomy of a Cult Brand” summarizes our study of the world’s most coveted and successful brands. This series details the six attributes we have uncovered that have enabled certain brands to win the irrational loyalty and devotion of their customers, and in doing so, establish a formidable competitive advantage. Read part 4 here.

Cult brands co-create with their customers.

Gone are the days of treating fans as passive purchasers. Instead, people are now considered active participants and valuable creative assets for building today’s most engaging brands.

According to Cult Collective’s CEO, Chris Kneeland, focus groups and customer surveys are quickly becoming relics of a bygone era. We no longer have to rely on them to understand what customers really want. Thanks to social media and new research methodologies we can more effectively tap into the power and value of co-creation with customers. In addition we can better exploit the fact that highly engaged customers don’t want passive relationships; rather they eagerly and earnestly want to be involved and contribute to the success of our products and services.

LEGO understands how to harness the power of engaged customers. In fact, LEGO’s head of community business, Daivia Staneikaite Nadal, proudly declares, “99 percent of brand talent doesn’t work for the company at all, it’s all in the community.”

Big ideas often come from the devout on the outside of the company.

In 2005, LEGO experimented with involving a handful of enthusiastic fans in its product development. CEO, Jørgen Vig Knudstorp, quickly realized that LEGO could not possibly employ enough bright minds who were also unequivocally passionate about the LEGO brand. Big ideas, he reasoned, had to come from the devout on the outside. Since then, LEGO has hosted a popular LEGO Ideas portal, inviting thousands of fans to submit prototypes for new product offerings. If an idea garners 10,000 community supporters, LEGO will consider the project. 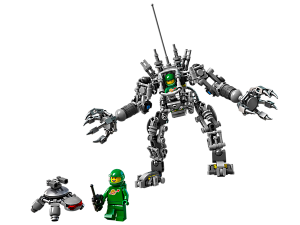 One of the more recent crowd-sourced success stories is the Exo Suit, submitted by LEGO superfan, Peter Reid. The LEGO Ideas blog nicely explains the collaborative process between fan and LEGO designer, whereby the designer takes a fan’s prototype and develops a marketable model that meets LEGO’s rigorous playability standards and legal requirements.

What might seem like a lot of extra work, seeking customer ideas, critically assessing thousands of proposals, all while keeping customers engaged throughout the process, actually arms the brand with many more stellar ideas than any team of paid staff could ever come up with. LEGO’s customer engagement tactics are a key reason the brand has stood the test of time among children, teens and adults, and also why it has more than quadrupled its revenue in ten years. Unfortunately, all these accomplishments don’t help lessen the pain when you accidentally step on one.

A hierarchy of needs, where certain basic needs must be satisfied before higher order desires can be met, is not exclusive to humans, as Maslow might have you believe, it applies to brands too. The bottom rungs contain feature-and-benefit-driven brands that are very often universal essentials, such as toilet paper and garbage bags. Of course we all purchase our share of these products, but rarely do we feel particularly loyal to their brands. On the other hand, at the apex of this hierarchy are brands that help people be something more, or achieve something greater than what the explicit use of said brand may be. It’s these brands that make customers feel they belong to a rarified group, and they’ll care enough about their group to want to help make the brands they love even better. 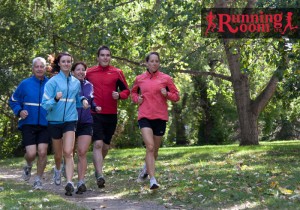 A store for runners by runners, Running Room sells products and programs based on consumer input. The brand itself feels like one big, happy, fit community that just happens to have stores. Running Room traces its roots back to 1984 when it set up shop in an old house in Edmonton, Alberta. Now expanded to over 114 locations across Canada and the United States, all staff members are runners themselves who run the same local routes as customers.

The brand built its reputation on product innovation and knowledge of the sport, and Running Room’s unique private label product line was developed in response to customer feedback. Local staff organize races and running groups from its customer base and provide free training programs as well as free mobile training apps. Founder John Stanton even makes his personal contact information freely available so that customers may directly connect with him if they so desire, talk about being involved.

Running Room doesn’t just sell shoes and equipment; it sells a commitment to active living. And that is what has mobilized its fan base. The brand actually helps customers achieve personal goals — top of the Maslow’s Hierarchy.

Tapping into the Power of People

An article published in the Journal of Marketing Theory and Practice, on the role that retailers should play in community involvement, reveals that brands that employ four key social functions associated with development of community reap the benefits of heightened loyalty and attract consumers who will pay more for a product or service. These are:

“In these types of studies we can show that as much as 40 percent of retailers’ support is due to these sociological factors,” explains Dr. Timothy Landry, co-author of the article. “You’re willing to pay more at a retailer if they are actively supporting the community.” The better you understand your local market the better you can connect to the community; big or small getting involved in the community is a sure way to make an impact with your consumers. 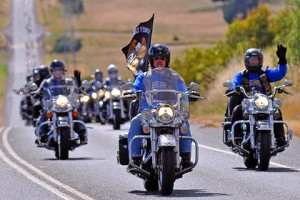 Harley Davidson’s “Harley Owners Group” (HOG) members bond with the brand, and each other, through brand involvement. In the early 1980’s, Harley Davidson officially launched HOG in order to strengthen relationships with customers by creating a way for riders, employees, of course facilitated by Harley bikes, to come together and bond over their enthusiasm for motorcycling and the freedom of the open road.

Today, the HOG is the largest bike club in existence, with thousands of chapters and millions of members worldwide. Bike clubs were nothing new at the time HOG was launched, but Harley Davidson seized on an opportunity to truly connect people within their local communities who held a common interest. This is precisely the kind of mutual support and social participation Dr. Landry refers to that involved brands are so apt at fostering.

It’s important to seize any opportunity to truly connect people within their local communities who hold a common interest.

HOG rallies bring owners together and make it easy for them to share pride in their bikes, their community and in the Harley Davidson brand. While community building is important, Harley Davidson actually profits from the HOG as well. Members are not only more fanatical and compelled to share ideas, but they also spend 30 percent more than other Harley owners on branded gear and events. In fact, part of the brand’s turnaround in the 80’s and 90’s, a time when many customers had lost faith in the brand, can be credited to the success of the HOG, which created a community where previously there wasn’t one.

Prophet Magazine’s David Aaker says marketing with little or no focus on the brand itself has value on several levels; it can provide credibility to the brand, and it can engender respect for a brand that has a higher purpose above sales and profits. Marketers need to find the customer “sweet spot” where activities or interests in which customers are involved in and/or passionate about overlap with the brand’s relevant products and programs. The idea is to relate to the customer through a shared interest.

LEGO’s done it, Running Room and Harley Davidson did it too. Can you?

Cult brands get involved in the communities in which they operate and develop programs that foster customer participation.

For the past 17 years, I've worked with consumer, b-to-b and non-profit brands to strategize and execute effective marketing communications that get results. Now, I help organizations find, acquire and serve customers in new ways that foster deep brand affinity and loyalty, and in ways that deliver measurable results and return on engagement
Further Reading
See All
Carson McKee
February 14, 2022