Is it possible for an established relationship to end after a single bad experience?

Are the choices we make to bail out of a bad relationship based on practical or emotional responses? What creates an environment of forgiveness and reconciliation vs. grudge-holding and vendettas? The relationships we hold with brands are governed by many of the same rules as those we hold with each other. As I begin the new year, I’ve been thinking about three things that are guaranteed to push customers to renegotiate their relationship with brands:

It is best practice to ensure that  a controversial stance is not only authentic, but also reflects your brand and customer values.

Value Offense: Your customers share many of the same core values reflected in your brand. If you deviate from them, customers lose their reasons to negotiate relational reconciliation. The trick here is that it can be the brand’s ideal values, or fundamental values that society holds, that can create a maelstrom of customer outrage. 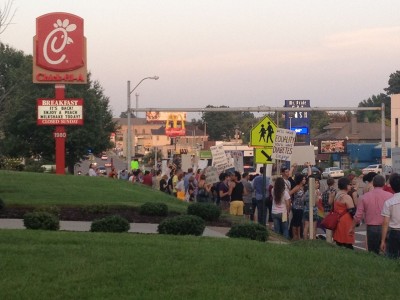 An example of this would be Chick-Fil-A’s targeted donations to anti-LGBT organizations. This garnered a lot of scrutiny from many customers who held values that were not reflected in the actions of the brand. Although the restaurant chain gained a moderate amount of support for the act, they have since agreed to leave policy to policymakers and discontinued the majority of their controversial donations due to the backlash they received. If your brand wants to take a position on a controversial issue it is best practice to ensure that stance is not only authentic, but also reflects your brand and customer values instead of the personal opinions of your C-suite.

Chronic and Repeated Failure: Promises made, promises kept–this process is what builds trust in every healthy relationship. Unkept promises on the other hand will continually drive customers to renegotiate and seek alternatives. 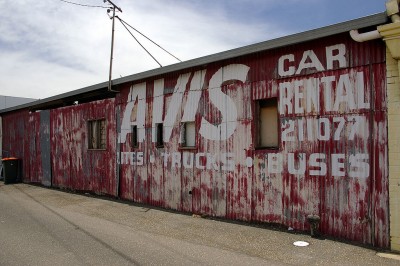 With the infamous tagline “We try harder”, you would expect Avis to have outstanding customer service and brand loyalty. However, Avis has consistently ranked below average over the past 5 years in JD Power & Associates’ annual Rental Car Customer Satisfaction Survey. Not only has customer satisfaction been damaged by under-delivering on a promise that has been key to Avis’ brand positioning for decades, but it has also ultimately hurt their bottom line. Avis has reportedly lost nearly 38% of its share value over the course of 2015, with revenues stagnating in recent months. If your brand’s overarching value proposition makes promises that are continuously undelivered, customers will eventually become tired of the charade and leave.

Your brand’s apology should reflect the severity of the mistake.

Failure to Reciprocally Repair Problems: No one wants to feel like they are the only one making an effort to salvage a relationship, it’s exhausting, defeating and heartbreaking. Are you genuinely interested in meeting your customer at the halfway point or going above and beyond on some occasions? 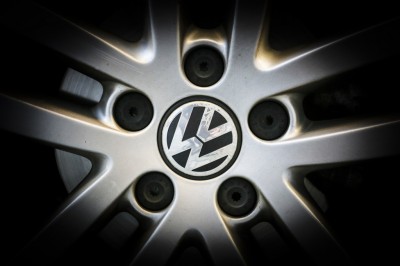 This is the question consumers are asking Volkswagen after they were caught cheating on emission tests. The company has issued $1,000 in redeemable funds plus 3 year road side assistance, but consumers began questioning as to whether this was adequate compensation until the roll out of a major recall. The VW brand has been irreversibly damaged, and they have not gone over and above to apologize to their loyal fan base. Your brand’s apology should reflect the severity of the mistake. If your blunder was massive, so too should be the way you win your customers back.

Cult brands generate so much affection that even when they misstep they can bounce back due to their irrationally devoted followers.

The point to this relational framework is this: cult brands generate so much affection that even when they misstep they can bounce back due to their irrationally devoted followers. These brands know who they are, who their customers are, what they stand for, what they promise to (and can) deliver, and continuously exceed consumer’s expectations. Chick-Fil-A for example is not only a brand that is continually generating loyal fans, they also continue to be a leader and top performer in the fast food industry. According to the 2015 Temkin Forgiveness Ratings, 49% of Chick-Fil-A’s consumers are likely to forgive the brand if they were to make a mistake. This is a high rate compared to the average of 38% for the entire fast food industry (Chick-Fil-A was the highest scoring in the category). This indicates that although this brand has blundered, their loyal followers will easily give them the benefit of the doubt because they are a brand that has been proven trustworthy and deserving of a cult following. Your fans will forgive, as long as the mistake was owned. The best advice I can give a brand caught up in a blunder is to be honest, authentic, and most importantly, human.

What is captivating me today is the intersection between consumer behaviour and media touch points. Why do we have a love/hate relationship with Facebook and what does that means for marketers; or, how will our insatiable desire for content be met within the speed-of-light changes impacting traditional providers (TV networks and print publishers)…questions like these keep me up at night.
Further Reading
See All
Amy Machin
November 28, 2022