Why do people take pain medication? Presumably, it’s because something hurts and they want the pain to go away. But what do pain pills actually do to fix the problem?

To be blunt, nothing!

They simply make the problem more bearable. Hopefully while you’re taking pain pills you’re undergoing some other form of treatment to fix whatever is actually causing the pain.

But there is a downside to taking painkillers. In fact, I can think of at least three:

In regards to prescription pain medication, we have a crisis in North America. The number of people who are addicted to pain pills has risen 300% in the past 10 years. That’s a staggering statistic, and that societal problems serves as a poignant metaphor for a serious business problem that is equally as rampant.

Too many good marketers are addicted to bad behaviour in the form of an over-reliance on markdowns and all the accompanying mass advertising required promoting their sales. 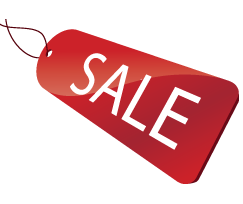 If you have to continuously discount your offerings, or scream to the largest possible audience, in order to get them to care enough about you to buy, your business isn’t healthy. Either your manufacturing or reselling merchandise people don’t really want, or your brand is failing to demonstrate a compelling value proposition that sufficiently satisfies consumer expectations for your category.

Address the Issue, not the Symptoms

Brand leaders across North America have become overly fixated on dealing with the symptoms of their pain rather than addressing the core issues that cause them to have to resort to bribery in the first place – just to get people to shop. The proliferation of discounts and advertising has become so frequent that many businesses are now experiencing negative side effects and even overdosing on these short-term stimulants.

The life expectancy of a Fortune 500 company went from an average of 75 years a half century ago to now only 15 years young.

A business study by Deloitte reports that the life expectancy of a Fortune 500 company went from an average of 75 years a half century ago to now only 15 years young. That is such a dramatic decline it’s almost hard to believe but when you witness giants like Target taking a $5 Billion loss leaving Canada with its tail between its legs, you start to realize that very few businesses are too big to fail. I worked with Blockbuster Video as the multi-billion dollar business got really ill and eventually died. It was one of the most frustrating assignments in my professional career because their CEO was in denial and refused to spend his time and money correcting the right problems.

According to Deloitte’s findings, if you’re now working at a company that has been around for more than 15 years, your brand is the equivalent of a senior citizen. Are you doing the right things to stay feeling young and healthy? I’m concerned most businesses aren’t.

My experience is most brands are overly dependent upon mass advertising and sales promotions rather than doing what I consider “real marketing”. During the same time period that prescription drug addiction grew by over 300%, spending on mass media grew by over $40 Billion, annually. That’s a lot of extra money each year trying to achieve a short-term high. What wonderful benefits have brands received for this tremendous incremental investment? Well, by all measures we can get our hands on, hardly any. Consumer engagement is tanking, and consumer’s reported relationships with most brands are at all time lows.

Research reveals that for most industries best customers have become so promiscuous that we now have the 40/60 rule.

For example, remember the 80/20 rule? It used to mean that 20% of your best customers were so loyal they generated 80% of your sales. That is no longer true. In the past 10 years, research reveals that for most industries best customers have become so promiscuous that we now have the 40/60 rule, meaning it now takes twice as many good customers to generate 20% less sales than they used to. 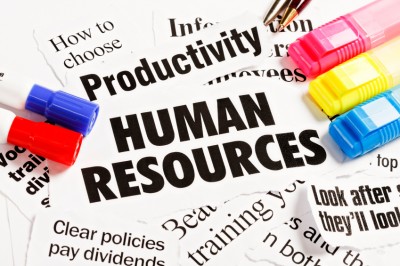 Clearly a brand prescription based on more promotions and more advertising isn’t resonating with the consumers who matter most to our business. Today’s world has too many choices and too little time, so companies without highly engaged consumers simply won’t survive. In this chaotic new world, only brand leaders using all the resources at their disposal to improve consumer engagement will succeed. We are talking about tasks that are vitally important and really engage consumers, but are rarely labeled as marketing activities, such as product development, in-store shopping experience, strategic alliances, corporate culture, experiential events, customer service, and more. All too often these duties fall to other departments or disciplines, such as Operations, IT, HR, and R&D. While those groups are competent and well intentioned, they usually lack the skills, resources, and funding found within the marketing group that would allow a brand to achieve cult status.

CMOs are the rightful stewards of the two most important things a brand does: engage consumers and generate revenue.

CEOs, and their brand leaders, should more fully exploit the rich talent and sizeable budgets being allocated to the wrong tasks. Chief Marketing Officers are the rightful stewards of the two most important things a brand does: engage consumers and generate revenue. That stewardship requires radically redefining their day-to-day responsibilities and changing the duties of those who report to him or her.

I graduated with Master’s degree in marketing communications from Northwestern University and worked client-side at John Deere and The Home Depot prior to selling my soul to join an ad agency (Rapp) in Dallas, Texas. In 2010, I moved to Calgary to run Watermark Advertising Design. Then, in September 2012, I resigned to join a Cult.
Further Reading
See All
Amy Machin
November 14, 2022

Keeping A Pulse on Audience Emotions and Attitudes