The Secret to Building Consumer Trust

Key takeaway points in this article:

The purpose of this article is to ignite a conversation for leadership and management teams who already see the future of sustainable business growth and brand building.

Do you remember when you told your first lie?

For myself and most of us, it was pure survival (to avoid dying from embarrassment). For others, it was simply looking good, and for some, well, it was about getting ahead.

If you were in that last category and got away with it, then found yourself years later, leading a company or a country, well this little piece of truth isn’t for you. Stop reading.

If you’re seeking the kind of wholistic corporate alignment that leads to balanced internal fulfillment and external profitability, then this is for you.

We have been field testing our model of brand building in unique engagements with business owners and leaders willing to be open, courageous, even vulnerable.

We think we have found the secret to why it has been successful: Trust.

So we then asked the question: What creates Trust?

The Current State of Trust

There’s a trusted place to check on the currency of trust (as a value) and the current State of Trust (as a global nation).

For 17 years in a row, one established firm has performed a trust and credibility survey. The most recent one surveyed over 33,000 around the world and here’s the bottom line:

“the largest-ever drop in trust across the institutions of government, business, media, and NGOs… The credibility of leaders also is in peril: CEO credibility dropped 12 poi

nts globally to an all-time low of 37 percent, plummeting in every country studied, while government leaders (29 percent) remain least credible.”

Here’s what else they found:

Even in the land of the True North strong and free, the compass needle is starting to veer off course.

When it comes to how we view institutions, we officially slipped into the ‘distruster’ category this year. The credibility of leadership is plummeting, and employees are now considered the most trusted source of information.

Is it time to change the batteries in your smoke detector? Or do you not trust that annoying, incessant, utterly irritating sharp beep that goes off every 30 seconds, night and day?

Are you waiting for a fire to test it?

The Sharing Economy is Built on Trust

Founded as a small brand building collective ourselves, we’ve recently clipped onto an even larger collective: a sourceful synergy with a cohesive community of freelance marketing experts.

Communo is based on the fundamental principles of the rising sharing economy: Better Together. 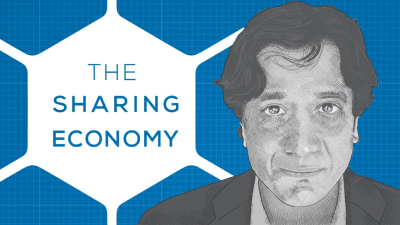 At a recent summit, the founders hosted a live session with professor Arun Sundararajan, recognized expert and author of The Sharing Economy. During the Q & A session, he was asked, “How we can we build more trust?”

The more effective and extensive these digital platforms are in connecting us intimately, the higher the trust equity builds:

“The sharing economy has us trusting each other at levels that are quite surprising.”

Sundararajan calls it the “digitization of trust” and breaks down all the necessary systems that come together to form a “digital trust infrastructure.” They are based on fundamental human dimensions like establishing authenticity, assessing intent and evaluating reliability.

Add to this the known social networking platforms, like Facebook and LinkedIn, and we see how trust in peer-to-peer exchange is enhanced because we can now access social capital digitally.

Think how this works (or you might have done this already): After checking out reviews on AirBnb, you’re satisfied that Chez Pierre’s pied-à-terre in Paris is really his, he has rented it before to real people and the hot water in the shower works.

Now…you stalk him on LinkedIn and not only is the Eiffel Tower visible in the background of his profile picture (yay, he really is French) but you find out he’s actually connected to an old client you know and voilà…You’ve just booked the tickets on Expedia. You can’t wait to meet him and share a glass of Bordeaux. Trust is in the air!

However, in all of this, the question that didn’t get answered is: What is the source of trust itself?

The Foundation for Trust

So what if Pierre’s real name is Perry? You get to Paris and find out he doesn’t have a French accent at all but runs Chez Pierre from an agency in Texas. Sacré bleu! 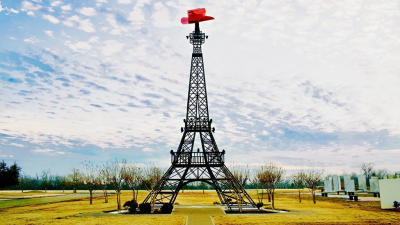 There is a bitter taste in your mouth. Now, the baguette has gone stale. And there is no one who speaks French to share that glass of wine with.

No peer-to-peer rules were gamed on AirBnB. The hot water in the shower still works, but you feel cold.

They call it a stone cold lie for a reason. Your trust has been broken.

“Half a truth is often a great lie.” 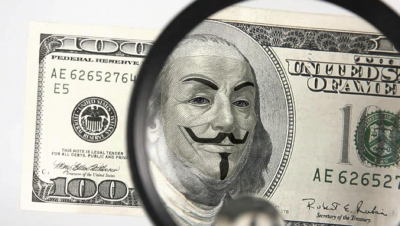 You walk back out onto the streets of Paris. Youfeel the real cobblestone under your feet. You see the real stone arches overhead and push open doors that are hundreds of years old, of real timber.

You trust that you are in Paris because it’s real. It’s reassuring because it’s true. And so, your trust is also built on stone cold truth. Even Simon says:

“Trust is built by telling the truth, not telling people what they want to hear.”

This is the secret that’s so obviously not secret: Trust is built on Truth.

If you don’t trust that, try telling a lie to your partner in your closest relationship. Let me know how it goes.

Only here, you could say it scientifically, if you think it will give you more credibility in the boardroom: Truth is a function of Trust.

Or use the mathematical formula: Trust = f (Truth)

How Does Truth Build Brand Value?

Let’s have a quick look at how lying destroys brand value first. The impact is a little more dramatic.

In 2015, Volkswagen Group was caught cheating on vehicle emissions tests and then lying about it after trying to cover it up.

The automaker was found guilty in court earlier this year and fined $4.3-billion, but the total cost of the lie as the impact ripples out has been estimated at between $21-billion and $87-billion. Justice wasn’t blind:

“Summing up the scandal, Assistant U.S. Atty. John Neal said it was a ‘calculated offense,’ not a ‘momentary lapse of judgment.’”

It started when the carrier violently “re-accommodated” one of their customers, then promptly mislabelled him as “disruptive and belligerent,” before fully apologizing (after blood was spilled). That single act temporarily wiped almost a billion dollars off their balance sheet and continues to cost hundreds of millions.

But it didn’t end there for poor United.

Two weeks later, the airline managed to kill the Easter Bunny. Yes, Simon, the world’s largest rabbit died in transit while in their care.

They then proceeded to cover up any mischief by cremating the evidence without the owner’s consent. But Simon didn’t say lie.

It is enough when outright abuse, fraud or manipulation are uncovered but subsequent layers of deceit and cover-ups just cause unimaginable damage to brand equity and market cap.

“A single lie discovered is enough to create doubt in every truth expressed.”

On the brighter side, let’s have a look at the positive side of the balance sheet.

When brand value hits a glass ceiling because there was deep awareness by leadership and conscious investment (and real resources) over time…To build a brand on truth.

mentary, The Corporation, one of the first that went down this rabbit hole.

They started to trace the origin of corporations as legal entities (artificial persons) and the evolving role of corporate leadership in social responsibility, or the complete lack of it:

“The Corporation attempts to compare the way corporations are systematically compelled to behave with…symptoms of psychopathy, e.g., the callous disregard for the feelings of other people, the incapacity to maintain human relationships, the reckless disregard for the safety of others, the deceitfulness (continual lying to deceive for profit)…”

The film also offered a delightful gem, one scene that said it all, and one of the most moving and inspired moments of courageous corporate truth-telling that I’ve encountered.

“The typical company of the 20th century: extractive, wasteful, abusive, linear in all of its processes… I myself was amazed to learn just how much stuff the earth has to produce through our extraction process to produce a dollar of revenue for our company. When I learned, I was flabbergasted.”

Not only did he not sweep it under the rug (and of all CEO’s he had the most rug to cover it up) but Ray told the truth. He then initiated sweeping environmentally responsive changes company-wide, and that began to redefine industrial ecology and sustainability.

A movement was underfoot, and he was blazing a trail of truth to light the way.

“Truth is coming, and it cannot be stopped.”

No matter what you feel about Edward Snowden, one of the most notable whistle-blowers and truth-tellers of the century, he embodied an inner revolution of the times.

He was the little boy pointing to a naked emperor. He was our wake-up call. And he was not alone.

In fact, there’s an organization now that is solely in the service of publicly recognizing truth-tellers.

And in every consumer, in all your markets, there is a little child inside, innocent and intuitive, that silently fights against the apathy, the cynicism, and the skepticism, and seeks the truth.

That inner voice is just getting louder and louder.

Consider that there’s a tidal wave of truth coming. It is already sweeping, by demand, across that State of the Distruster Nation.

Like a tsunami, sometimes the water level just starts rising, imperceptibly at first, but rising nevertheless, moving everything with it or out of its way.

Before you know it, you’re either swept out and lost at sea with the sharks or you have surfed it: accepted it, recognized its raw, indifferent power and leveraged the opportunity it presents to rise with it.

Make a Difference to Your Business Today

You might not be a mighty global brand like VW or United, where the cost of putting the truth in the back seat or the back row is so high. But you own or you lead, or you’re part of a business that has real customers and real concerns for real things, like authentic relationships and meaningful engagement.

Here’s a list of simple actions to take that will make a difference to your business today, and help you surf the rising tide of truth that’s here:

If you get stuck or you seek more directly facilitated support, then reach out to the growing throngs of enlightened coaches, consultants, and emerging integrative HR and culture specialists, even brand builders. They are leading the charge.

Choose carefully. Ask hard questions, listen for the truth and build your future from there