During elections, I’m reminded how political parties are “brands,” just like other organizations.

By the same token, the individuals running for office also represent brands unto themselves. 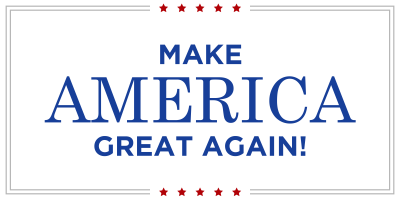 The current U.S. presidential race is a wonderful example of watching different brands compete in the same market in real time. Whoever wins the majority of the market share (voters), will dominate (and win the presidency). These days, it’s a lot like watching Apple vs. Microsoft, Coke vs. Pepsi, or Ford vs. Chevy, as frontrunners deploy a variety of paid, owned and earned media strategies to gain greater influence and persuasion.

Candidates are largely motivated by the same factors as consumer brands that market their products, services or experiences to consumers. 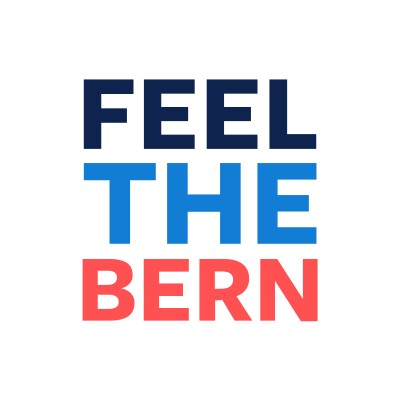 Candidates are largely motivated by the same factors as consumer brands that market their products, services or experiences to consumers: He who earns the affinity and loyalty of the largest portion of the target audience, wins. Over the past month or so, as we’ve witnessed the real leaders emerge from the preliminary melee, I can’t help but notice how these leaders have employed the same cult brand-building principles detailed in the book I co-authored, Fix: Break the Addiction That’s Killing Brands.

It’s interesting to observe how two of the more nontraditional “brands,” Donald Trump and Bernie Sanders, have attacked the incumbents and established players within their space by applying these six principles, resulting in the allegiance of millions of devoted followers:

1) Be Remarkable: The ability of a brand to do things that ignite interest and spark positive word-of-mouth.

The Donald has this nailed. He can’t seem to open his mouth without saying something as equally jaw-dropping to one audience as it is galvanizing to another. As polarizing as his words and actions have been, he succeeds at getting people talking – especially the media – and has subsequently captured the attention of the not just the nation, but the world. I recall him saying last fall that he is $20 million under budget because of all the free media he’s attracted. Clearly, instead of buying impressions, he’s making them.

I recall Trump saying last fall that he is $20 million under budget because of all the free media he’s attracted. Clearly, instead of buying impressions, he’s making them.

Equally remarkable is the fact that Sanders is non-partisan  the only self-proclaimed socialist in the U.S. senate, and at 74, one of the oldest to ever run for the presidency. His “Break ‘Em Up” promise sparked a controversial but important conversation among Americans over the economic power that U.S. banks possess, and he makes bold promises of “political revolution,” once elected.

2) Have Purpose: Cult brands succeed at not just getting customers to buy what they make or sell, but in getting them to buy into what they stand for. 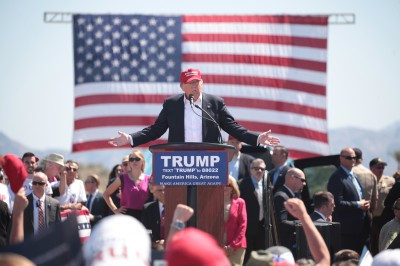 His point of view on issues like abortion and immigration are as divisive to some as they are magnetic to his supporters. Clearly, there are millions of Americans who have bought into his purpose and mission to “Make America Great Again” by any means necessary. His purpose, however obtuse it may seem at times, is resonating.

The yin to Trump’s yang, Sanders stands for social justice, equality, climate action and challenging the power of money in politics. Whereas Trump is a billionaire, Sanders message is anti-greed. His purpose is clear, and is one for the everyman.

Sander’ purpose is clear, and is one for the everyman.

3) Be Inspirational: A brand’s ability to engage those on the outside is directly related to how effectively it indoctrinates and rallies those on the inside first.

Donald Trump’s ability to strike a chord with constituents is profound. He plays his audience like master harpist (mostly songs that evoke fear, uncertainty and doubt). His rallies are so potent that supporters will violently oust – and even attack – outsiders and protesters. 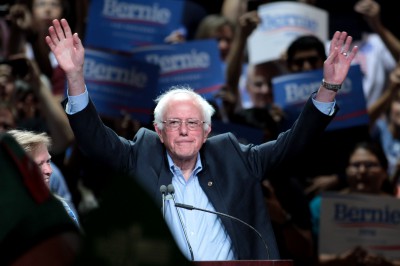 Young people are especially attracted to Sanders. In the first three primary and caucus contests – in Iowa, New Hampshire and Nevada – more than 80% of voters under 30 voted for Sanders. He’s so inspired his supporters that they’ve spontaneously formed the “People for Bernie Sanders” activist group, which organizes anti-Trump protests and advocate for Sanders on a mass scale.

4) Be Relatable: The most successful brands are those that people can relate to the most on a human level. 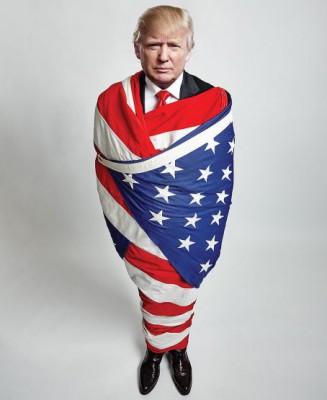 Long before he was a presidential candidate, Donald Trump was a familiar name and face (brand) to every American. His personality made evident through a life in the public eye, and through his starring role on popular reality TV shows. And what patriotic American could resist supporting someone who’s so tightly wrapped themselves in the flag. In his poignant article on Ad Age, The Apprentice alumnus, Surya Nalamanchili, explains, “By caricaturing himself before the media could do it him, Trump distinguished himself — his fiery statements, sharp attacks and entertaining actions — creating an aura of authenticity and truth-telling. While this Trump-created caricature has infuriated his detractors, it has sparked devotion and loyalty in his supporters.” His personality is big, and his motivations are clear. Love him or hate him, Americans “get” Trump.

By caricaturing himself before the media could do it him, Trump distinguished himself — his fiery statements, sharp attacks and entertaining actions — creating an aura of authenticity and truth-telling.

Where Trump over indexes on competency, Sanders emphasizes warmth (read more about the psychological impact of these attributes in The Human Brand by Chris Malone). Many voters relate to the authenticity of Sanders’ gruff, plainspoken manner. Bernie isn’t just for the everyman (as I’d previously stated), he’s a living personification of the everyman. He’s Little Mac against King Hippo.

5) Be Involved: Brands who involve their customers and constituents by allowing them to co-create products, services and experiences cement their loyalty by making them feel like insiders.

It’s not apparent to me that Trump involves anyone in shaping his point of view or political agenda. However, he is supremely effective at co-creating the electrifying atmosphere at his super-charged rallies, firing up his supporters and escalating the cult-like fanaticism around his candidacy. 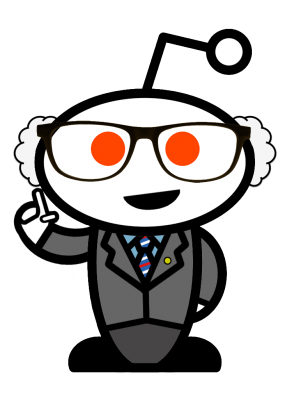 Bernie has literally co-created his entire campaign with his supporters. Since funding his campaign through super PACs would seem off-brand, Sanders instead turned to the internet where he raised millions in micro contributions (just $27 on average) from thousands of everyday people. While other candidates rely on the power of their slick, professionally managed websites and social media channels, Sanders has reached an entirely ignored audience through Reddit  an online community where no other candidates have ever dared to enter.

Since funding his campaign through Super PACs would seem off-brand, Sanders instead turned to the internet where he raised millions in micro contributions from thousands of everyday people.

6) Be Pervasive: Cult brands find ways to become so hyper-relevant to people in their everyday lives that, suddenly, they’re seemingly everywhere.

If Trump so much as farts, it’s making headlines somewhere. The fact is, Trump is well aware what makes for great content that people crave. He’s a master at manipulating the media to take his message to the masses. Whether it’s his blind ludicrousness or sheer audacity, people can’t help but pay attention to the Donald.

Lately, not a day goes by that I’m not exposed to a thought-provoking post, video or meme highlighting Bernie Sanders relevancy to some special interest group or current issue. And I’m not even looking for the content, it’s somehow just finding me. If you’re like me, until a few months ago, I’d never even heard of him, but now, Sanders and his message have become so seemingly ubiquitous that he’s impossible to ignore. While Trump’s pervasiveness has largely grown through his ability to win “earned media” exposure, Sanders has raised his relevance by mobilizing his community to spread his message through supporter-made “owned media” channels, some of which (like the Bern Rate network) encompass multiple properties.

While Trump’s pervasiveness has largely grown through his ability to win “earned media” exposure, Sanders has raised his relevance by mobilizing his community to spread his message through supporter-made “owned media” channels. 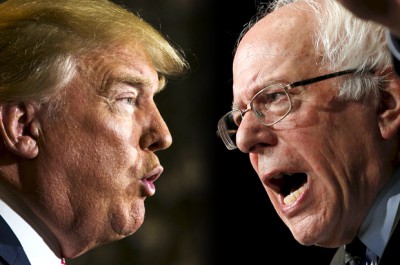 Trump and Sanders continue to invest heavily in national tours, criss-crossing the country while promoting and hosting everything from huge rallies and debates to small town hall meetings, all of which generates a volume of earned media exposure. At their gatherings, supporters appear adequately outfitted head-to-toe in official swag, likely bought through the official online stores operated by Trump and Sanders. On top of this, both candidates seem to be effectively managing and growing their communities through the web, social media, paid ads, and grassroots efforts going door-to-door. And both have sought political and celebrity endorsements, and have created meaningful social currency.

To learn more about the six principles of cult branding, read my SlideShare presentation, Anatomy of a Cult Brand, or my book, Fix: Break the Addiction That’s Killing Brands.

For the past 17 years, I've worked with consumer, b-to-b and non-profit brands to strategize and execute effective marketing communications that get results. Now, I help organizations find, acquire and serve customers in new ways that foster deep brand affinity and loyalty, and in ways that deliver measurable results and return on engagement
Further Reading
See All
Carson McKee
February 14, 2022