Air France has released a mobile game that places travellers waiting for their flights in a competition. The prize? An upgrade to their new business class cabin seats. It doesn’t get more inspired than that. 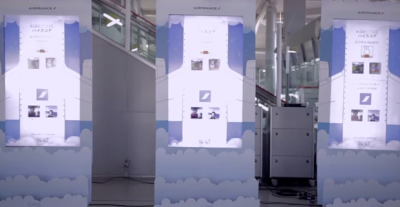 While waiting for their flight, usually an onerous occasion, over 400 passengers were invited to compete against one another on the cleverly designed cloud swiping game, while monitoring all the other competitors on a large scoreboard. At the end of the competition, the top scorers were then instantly upgraded to the business class – a well thought out and executed plan by any measure.

Instead of thoughts of discomfort and boredom, travellers were engaged with this simple yet opportunistic challenge. 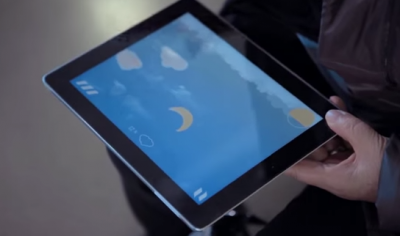 This campaign has blossomed over Twitter and has had a positive impact on the Air France brand, showing customers and importantly potential customers that the airline cares about your experience, both on and off the aircraft. With over 1 million views on YouTube in less than a month these figures are nothing to scoff at – people even like watching others succeed. Due to the success of the game, the competition has since been extended to a regional level in which all Air France passengers flying from China, Hong Kong, Singapore, Indonesia or Japan can now compete against each other.

The game is now even available for play anytime or anywhere, extending the reach of the brand beyond the airport.

Sometimes it is the most simple of tactics that have the biggest impact, show customers you care.

Check out the full video below, the seats are great, the engagement is even better: