Cult Presents: The Gathering 2015
Bringing Together The World’s Bravest Brands

Bringing Together The World’s Bravest Brands 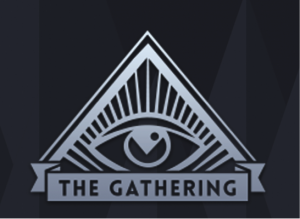 This past February a handful of the world’s most coveted, cult brands assembled, somewhat secretly, in Banff, Alberta. Leaders from NHL, Red Bull, GoPro, Las Vegas Tourism, Urban Outfitters, Harley-Davidson, EA Sports, Saskatchewan Roughriders and many others shared their secrets with one another and a small group of brand stewards lucky enough to be in attendance at The Gathering.

The Gathering is an annual event, designed to recognize brands that have achieved iconic, “cult” status.

Far more than an awards show, it provides a forum for brand leaders from across North America to sit at the feet of marketing experts and learn first-hand what it takes to create greatness. Last year’s experience was extremely well received, and attendees – including the cult brand winners themselves – unanimously demanded another. Attendees praised the caliber of the content, and the fact that the brands being honoured were not those with the flashiest, wittiest ads and media campaigns; those who made impressions were honoured, not those who bought them.

Some of last year’s honourees will be returning, including: the NHL, Red Bull and Las Vegas Convention & Visitors Authority. New nominees from some of North America’s most desired brands, such as: UFC, Disney, The Home Depot, Michael Jordan, Lego, and more are currently being vetted .

The Significance of The Gathering

The marketing industry all too often prides itself on the style and cleverness of advertising. By contrast, The Gathering recognizes the business impact of great brand strategies, and the courage of the brand leaders who champion them. We are a torchbearer for the unsung heroes behind successful brands who may never be honoured for silly ad campaigns, but unarguably have notoriously loyal cult followings.

The Gathering recognizes the business impact of great brand strategies, and the courage of the brand leaders who champion them. 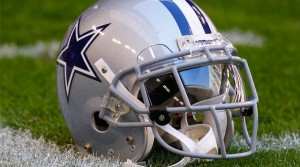 Consider for a minute the average NFL team is worth $1.43 billion. The Dallas Cowboys, by comparison, were just valued at $3.2 billion. They are the NFL’s most valuable team and yet have only won one playoff game since 1996. They have been invited to attend The Gathering and share how they are so successfully cultivating a cult following.

Cult brand leaders succeed in winning the allegiance of legions of staunchly loyal fans who share an unbreakable bond and extreme affinity towards them. In doing so, they’ve erected insurmountable barriers around their market share and their fans that make it nearly impossible for others to annex – and not by accident, either.

Clearly, brands like Apple, the Dallas Cowboys — and even Lady Gaga — aren’t just winning consumers’ minds and money, but they’re winning their hearts. As Cult’s CEO, Chris Kneeland, explains in a recently released video for The Gathering, “Your best customers are more motivated by what you stand for than what you sell”. Having a greater purpose – one that can be shared with consumers – is the telltale sign of a cult brand.

The Gathering website has been updated to showcase the content from the inaugural event. Teachings from the enlightened minds behind the eight cult brands that were honoured are online.

To attend this “Exclusive union of the world’s bravest brands,” tickets are on sale now at an early bird rate until September 31, register here.

With over twelve years of marketing, advertising and event experience I have been involved or directed major brands to start up companies to major events. I cut my teeth in sports marketing with the NHL’s Nashville Predators and fell in love with the agency world by having the ability to work on many different businesses and brands at once. Directed the 2009 CFL Grey Cup & Festival marketing and communications, dubbed by the media as the best Grey Cup to date. Now I’m part of a Cult.
Further Reading
See All
Amy Machin
November 14, 2022

Keeping A Pulse on Audience Emotions and Attitudes