Fighting is in Our DNA
Know Your Purpose

Understanding one of the most confident brands in the world means understanding the power of purpose.

Now, I’m a fight guy. I grew up watching fights with my dad during the golden age of boxing, when Muhammed Ali ruled the ring. Up until the early 2000s, I was pretty much a diehard boxing fan. It was hard to maintain interest, however, in a sport that was often diminished by politics, scandal, and corruption. And truth be told, certainly in hindsight, a lot of matches weren’t all that exciting. Fighters seemed to avoid actually fighting—preferring to adopt the all-too prevalent and passive (read boring) rope-a-dope strategy. I mean it’s a red flag when you’d rather watch professional wrestling over boxing. Eventually, it really became difficult to believe in the integrity of the sport.

This was obviously a game-changer. Almost overnight, boxing was displaced by a sport that required fighters to not only fight, but fight in a spectacularly unrestricted, multi-disciplined, and truly no-holds-barred fashion. Matches were thrilling, visceral and entertaining. The result, according to Forbes, is the 10th most valuable sports brand in the world—worth an estimated $1.65 billion. 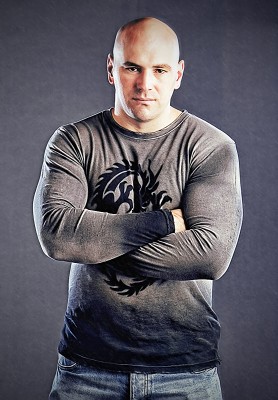 So when Dana White, president of the UFC, challenged the audience during his keynote speech at this year’s Gathering, by sermonizing that “fighting is in our DNA” it got me thinking. I don’t think Dana White was trying to excuse the UFC, I think he was simply explaining its undeniably massive cult appeal. After all, someone is watching the 800,000 pay-per-view buys every time the UFC puts on an event. Part of the reason why fighting is popular, is that violence, in this context, is something most people do not ever experience, which is exactly what makes it so fascinating and vicarious.

It’s not only about tapping into what may be in consumer’s DNA but staying true and authentic to your organization’s ethos.

To take this one step further, and understand what has made the UFC such a success, it’s imperative to understand what about cult brands creates such a gravitational pull. While this may seem obvious, upon further investigation it becomes clear that the UFC lives and breathes fighting, they yearn for that perfect match, they want to thrill audiences and deliver high quality, unrestricted fighting. This dedication to fighting runs through the entire organization, from the ring itself all the way up to top management. Through understanding their purpose, the UFC has been able to focus on who they are and, due to their brash confidence and in your face honesty about what they stand for, viewers just can’t get enough. It’s not only about tapping into what may be in consumer’s DNA but staying true and authentic to your organization’s ethos. 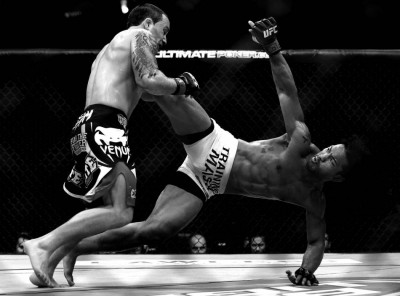 So how does this play out in the real world? I believe that people are more competitive than combative. While most of us aren’t elbowing each other in the face during meetings or grappling the local barrista to the floor if she forgets the whipped cream, people are inherently competitive. Perhaps more than we’d like to admit to ourselves, let alone others. I believe we challenge and compete with ourselves and others constantly in many ways, and on many levels. It’s how we educate, accomplish, improve, imagine, and inspire—individually and collectively, for better or worse.

This might just be what has enabled the success of the sports behemoth, their entire organization is permeated with competitive figures, both in and out of the ring, which in turn allows the organization to continually grow, challenge itself, and attain new heights.

Like any cult brand worth its salt, we are what we are. No excuses. No apologies.

Is fighting in our DNA? Does it really matter? Like any cult brand worth its salt, we are what we are. No excuses. No apologies. All we can do is listen to our own warrior’s call and get ready to rumble.

I started off my career as an editorial assistant at the Financial Post in Toronto and quickly shifted my focus to graphic design. Some highlights include working on The Phantom of the Opera, Show Boat, and Ragtime for the live theatre industry; annual reports for some of Canada’s largest corporations like Shaw and Canadian Natural Resources; and, advertising and marketing material for Mark’s, one of Canada’s largest clothing retailers.
Further Reading
See All
Chris Kneeland
March 24, 2020