Could a Canadian telecom provider be a beloved brand with legions of fanatical followers? 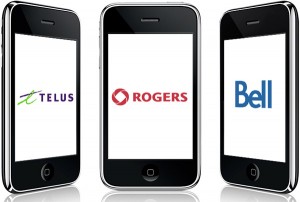 You don’t have to dig very deep into the state of Canada’s telecommunications market to know that the answer is “not likely.” And, to way too many, the answer is simply “hell no.”

As we look back at customer research one of our Collective members did for Wind Mobile a few years ago, we recall that many Canadians regard choosing a telecommunications provider like eating off-brand Neapolitan ice cream: the selection is limited and, although there appears to be different flavours, they all taste basically the same. Today’s telcos are all competing for the same consumers in the same markets using the same strategies with nearly indistinguishable offerings.

Today’s telcos are all competing for the same consumers in the same markets using the same strategies with nearly indistinguishable offerings.

That’s bad enough, but to make matters worse, most of those offerings are often seen as lacklustre. As The Huffington Post reported late last year, some of the public’s perception of the Canadian market is defined by terrible customer service and some of the highest, and most hidden, fees in the world. Their report was backed up by findings from the Commissioner for Complaints for Telecommunications Services that showed complaints against wireless companies had more than doubled within a year.

A report complied by WDS on Mobile Loyalty in 2014, commented on by Business Tech supported these troubling findings. It found that loyalty is as fragile as ever, with 34% of mobile customers considering switching providers at any one time. Even those who state that they are highly satisfied with their service still consider switching. The reason many don’t switch? It’s not great customer service or company efforts, but customer laziness and the perceived inconvenience of switching that keeps many customers, as WDS gently put it, “captive”.

To combat this, Canadian telecom brands need to find new battlefields on which to attract and retain consumers. The question is, who will accept the risk to zig while their competitors zag and shift money away from advertising to more substantive solutions? Ads with lots of clever adjectives don’t make brands awesome. Being awesome makes brands awesome. And being awesome has another perk. It allows a brand to exit the current foot race to the bottom where everyone bribes customers with discounts and instead helps that brand become so compelling consumers will pay a premium for the privilege of engaging with them. That’s what cult brands do, and their playbook can be easily copied by anyone daring enough to be different. Here are a few tips…

The question is, who will accept the risk to zig while their competitors zag and shift money away from advertising to more substantive solutions? Ads with lots of clever adjectives don’t make brands awesome. Being awesome makes brands awesome.

Define Your Reason for Being

With no perceptible higher purpose to buy into, telcos aren’t giving consumers anything meaningful to connect with beyond price, regional prominence or convenience. This strategy promotes price-driven promiscuity.

Cult brands succeed by winning their customers’ hearts, not just their minds. They inspire consumer interest and loyalty through their ability to get customers to see beyond their products and services, and focus on their noble brand ideals. Telecom providers need to shift the focus of their marketing and operational tactics away from just getting people to buy and increase efforts to get them to buy in — buy into the vision of what the ideal lifestyle enabled by your brand can look like.

Chris Malone, author of The Human Brand, states that communicating a “reason for being” is vital because people are hardwired to make decisions based on intentions. When brands clearly communicate their intentions and demonstrate that they keep the best interests of their customers, not solely profit, at their core, they will garner authentic and enduring loyalty.

With no perceptible higher purpose to buy into, telcos aren’t giving Canadians anything meaningful to connect with beyond price, regional prominence or convenience. This strategy promotes price-driven promiscuity.

In multiple industries, consumers are demanding more consumer-focused providers — ones that can show they truly cares about their customers. In the case of telcos, consider what happened during last fall’s PR war over the wireless spectrum auction, when Rogers, Telus and Bell joined forces to fight American giant Verizon entering the market.

Many surveys showed that the majority of Canadians welcomed the prospect of Verizon coming to Canada for its potential to drive down prices through competition. The “Big Three” banded together to lecture Canadians about the dangers of opening up the market with threats of job loss, potential breaches of privacy and increased surveillance.

“[The telecom providers] haven’t paid attention to the fact — whether it’s reality or not — that the perception is they’re taking advantage of Canadian customers in the pocketbook and taking liberties with customer service,” said Mark Blevis, a digital public affairs analyst, in an interview with CBC. “So they haven’t built a relationship with the Canadian public. They’ve now turned to the Canadian public to come to their aid.”

In a cutthroat market where telecoms chip away at competitors’ customer bases by constantly undercutting rate plans to persuade passively loyal subscribers to switch, few brands have made truly meaningful customer relationships a priority.

In a cutthroat market where telecoms chip away at competitors’ customer bases by constantly undercutting rate plans to persuade passively loyal subscribers to switch, few brands have made truly meaningful customer relationships a priority.

Cult brands do something remarkable. For a telco, that could mean consistently demonstrating that you care about the customer’s experience — even more than they do. Think of how revolutionary the idea of customer service “on steroids” would be to repairing existing consumer relationships and building new ones.

For example, people understand that things will go wrong from time to time with technology. One brand could make the best of a bad situation. Doing so is often where irrational loyalty is born. What if a telco promised to answer every call on the first ring? Every time! Ask Zappos, which used customer service to revolutionize the concept of online shopping, how that worked out. Or Kroger, which understood customers’ dissatisfaction with waiting in long lines after work to grab stuff for dinner and offered “all check-out lanes open between 5 and 7 p.m.” as a competitive differentiator that set them apart from every other store.

While brands are not real people, they need to have a human voice. For too long, telecom providers have relied on gimmicky slogans, cute names or heartwarming commercials to grab our attention. Slogans like “The Future is Friendly” may have rung true at one time, but the future is here and consumers have outgrown now-meaningless catchphrases.

Consumers need something they can relate to. Like the way Apple gave us the Mac guy, who literally personified the brand. AT&T has seen success with a similar approach. In its “It’s Not Complicated” campaign, a group of kids, posed as a sort of adorable focus group, answers questions that lead viewers to the simple conclusion that AT&T is America’s better mobile network. Combined with an aggressive social media strategy, ad-awareness rose by 12% within weeks. The ads struck a chord with their simple, relatable message.

Verizon’s strategy for the 2014 Super Bowl is another great example of how authentic customer engagement trumps traditional means. Forgoing the $4-million price tag for a 30-second spot during the game’s broadcast, Verizon instead thought outside of the box. The telecom giant partnered with the Empire State Building to create a nightly light show driven by Twitter followers. In the lead-up to the Superbowl, Verizon would tweet a daily question to fans regarding the game and responses would curate the evening’s light display with the colours of the day’s favoured team. The campaign generated more than 470,000 tweets in five days.

For too long, telecom providers have relied on gimmicky slogans, cute names or heartwarming commercials to grab our attention. Consumers need something they can relate to — the way Apple gave us the Mac guy, who literally personified the brand.

Be Bold and Move Quickly

Big brands tend to move too slowly. In an ever-changing market, responsiveness will be vital to the future of successful telecoms. The winning brand will be one that proves its vision includes the boldness and ability to continually reinvent itself.

Verizon’s “Powerful Answers” campaign — which offers millions of dollars to innovators who propose the most innovative solutions to the sectors of education, health care, sustainability and transportation — showed how a telecom brand can challenges consumers’ perceptions of what the industry is all about. As AdAge argued in a point-counterpoint article, “’Powerful Answers’ is highly aspirational, emotionally charged, and, like Apple going beyond the computer, it takes Verizon beyond wireless into the realm of technology, innovation and solutions.”

Verizon’s efforts are clearly paying off as well. A recent study by Kantar found that they led the pack of American carriers, with 91% of those interviewed citing loyalty to the brand, with T-Mobile and AT&T slightly behind.

If any one Canadian telco is going to take the pole position, it will require a rethinking of their positioning strategies, a re-engineering of the customer experience, and a realignment of their marketing resources and processes to enable nimble responses to changing trends and the real-time nature of customer engagement. No ad campaign or digital strategy will fix all the problems. Only a holistic approach to a radically new customer journey will suffice. Fortunately, we know people who can help with that.

In an ever-changing market, responsiveness will be vital to the future of successful telecoms. The winning brand will be one that proves its vision includes the boldness and ability to continually reinvent itself.

For the past 17 years, I've worked with consumer, b-to-b and non-profit brands to strategize and execute effective marketing communications that get results. Now, I help organizations find, acquire and serve customers in new ways that foster deep brand affinity and loyalty, and in ways that deliver measurable results and return on engagement
Further Reading
See All
Amy Machin
November 28, 2022