Target, much to their dismay, demonstrates that not every company is “too big to fail”, but it is what they are doing with their recent failure in Canada that may just end up making the retail giant better than ever.

In March 2013, American discount giant made its first step north of the border and opened up its first three stores in the Ontario towns of, Guelph, Fergus and Milton. Target planned all the right tactics to introduce themselves to the Canadian market, including a tour across the country with a pop-up shop to build brand awareness. People were ecstatic, with large lines anticipating great deals and the famed Target shopping experience.

Target planned all the right tactics to introduce themselves to the Canadian market, including a tour across the country with a pop-up shop to build brand awareness. 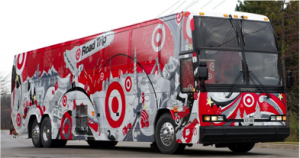 Unfortunately, what goodwill was generated in PR and Earned Media was lost when it came down to the actual Customer Service. Their fast expansion of over 125 stores in less than 1 year came with distribution problems surrounding the logistics and technology at the distribution centers. With uneven distribution of products across their stores some stores were forced to flash sale items to reduce overstock while others were left with nothing to sell. This inequity of customer experience across the country has left a poor first impression with Canadians.

To many Canadians, and myself, the only way to earn our respect and trust, is to admit their failures and move on, while making a visible effort to improve. As people, we can all admit to a fault or two, there have certainly been times when I have not put my best foot forward – we all make mistakes; we’re all human.

Target, rather than wallow in their mistakes, has used this mishap as an opportunity to let Canadian’s relate to their brand by showcasing their human attributes and reminding Canada, that they are made up of 20,000 individual Canadians just like you and I.

The video shows real employees, making real apologies, and that is a powerful message we can all relate to.

Target might not be perfect, but I can relate to their challenges and I’ll give them another shot. Doesn’t everyone deserves a second chance?

I’m a strategic problem solver with a keen interest in human behaviour. The holistic communication experiences that take place between people and their worlds fascinate me. As a strategist I strive to perfect the interactions between people, brands and technologies.
Further Reading
See All
Carson McKee
February 14, 2022