When in Rome, Market to Romans
The Importance of Alignment

There are a number of compelling reasons that make Canada an ideal avenue for expansion among U.S. brands, including a lower level of “shopping” square footage per capita, relative ease in merchandise distribution, and the existing affinity Canadians have for American brands.

However, mistakenly placing Canada in the same context as expanding across the continental U.S. has continually caused brands to struggle to win the hearts and wallets of Canadian consumers.

There are pragmatic considerations at play in Canada that influence the deep well of emotions we make purchase decisions from.

As the Huffington Post commented, “the cost of doing business in Canada, which is significantly higher than in the US, and consumer preferences, which have their differences and nuances.” Recent research indicates that about 95% of the purchase decision is emotional, however, I argue there are pragmatic considerations at play in Canada that influence the deep well of emotions we make purchase decisions from.

First a few characteristics that are taking root across North America:

Long story short, it costs more to live in Canada than the U.S. and earnings don’t start at parity. Canadians are a consumer group who face more financial restrictions on their available discretionary income.

Marketers in Canada have to work harder for every transaction dollar than their U.S. counterparts.

This creates a unique environment for how Canadian consumers evaluate and justify purchases and perceive overall levels of value for dollar. Marketers in Canada have to work harder for every transaction dollar than their U.S. counterparts and the so-called soft attributes of a brand play a stronger role in Canada. 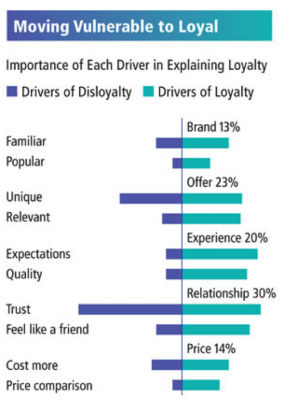 Despite the seemingly “harsh” consumer climate Canadians live with, there is significance in the fact that demand for deep discounts don’t rival their neighbours to the south. Canadians participate in fewer loyalty programs, and adoption of U.S. brand entry to Canada hasn’t been met with widespread acceptance, see poster child Target, yet the ingredients for loyalty remain very similar across North America—value. What does value mean to your customer and how can your organization align to provide more of it?

What is captivating me today is the intersection between consumer behaviour and media touch points. Why do we have a love/hate relationship with Facebook and what does that means for marketers; or, how will our insatiable desire for content be met within the speed-of-light changes impacting traditional providers (TV networks and print publishers)…questions like these keep me up at night.
Further Reading
See All
Chris Kneeland
April 4, 2020