Whole Foods Market recently announced the launch of a new chain of grocery stores geared towards the tastes of millennials, both in product selection and in lower pricing.

Often referred to as ‘Whole Paycheck’, for good reason, the natural food chain indicated during its Q2 earnings release that it wants to appeal to a broader audience that doesn’t necessarily have the disposable income required to shop at the original incarnation of the store. 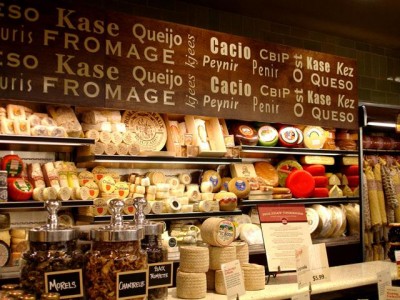 Whole Foods spent thirty-plus years building consumer trust and cultivating its cult following. Devotees love the brand for its emphasis on quality food, upscale ambiance, helpful employees, and the rush of finding something new or exotic upon each visit. Who knew you could find falafel mix in the bulk section?

Sure, Whole Foods faces increasing competition from larger retailers such as Kroger, Walmart and Costco that now offer more organic basics than ever before at cheaper prices, but nobody does user experience quite like the original mainstream hippie-mart. A trip to Whole Foods is an event, not a chore. And we believe Whole Foods should continue to do what it does, better than anybody else.

Whole Foods should continue to do what it does, better than anybody else.

In its spinoff announcement, Whole Foods co-CEO Walter Robb didn’t address any of these looming new competitors directly. Instead he argued that the new store concept is “unlike anything that currently exists in the marketplace.” Essentially, the spinoff idea will respond to a shifting economic environment while keeping the mothership intact.

Cult Collective’s President, Ryan Gill, worries that Whole Foods is setting itself up to overpromise and under deliver. “With such pared-back pricing and thin margins, this spinoff idea sounds well intentioned but is likely not sustainable. However, I respect bold brands that are willing to try new things, and so I sincerely hope I’m proven wrong.” 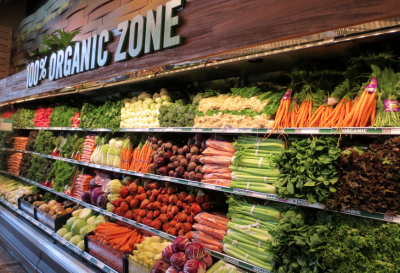 The question then arises as to why the Wal-Mart’s and Kroger’s of the world are even considered true competitors to Whole Foods at all. Simply because they also happen to sell organic food? Whole Foods loyalists aren’t buying it. They know that a trip to their store is an experience as much as it is a place to buy groceries. Devotees love the exclusivity factor and likely do not want to see their beloved brand watered down in order to capture a larger portion of the population.

We don’t like to discourage change. Markets do evolve, but as explained in Cult Collective’s new book, Fix, cult brands are non-conformists, and by differentiating themselves from the herd, some people will invariably be turned off, and that’s okay. Fans will bond over their collective divergence from the norm and love these brands even more.

Cult brands are non-conformists, and by differentiating themselves from the herd, some people will invariably be turned off, and that’s okay.

Less skeptical of the Whole Foods decision but still calling it a gamble, is Bryce Hoffman, bestselling author on corporate culture and leadership. Hoffman believes the spinoff decision is a great idea while still acknowledging the risks.

Perhaps. But Barclays Capital analyst, Meredith Adler, admits that she has yet to see any food retailer successfully create an entirely new and different format. Jeffries analyst, Mark Wiltamuth, seconds Adler’s concerns and warns, “Second store concepts don’t have a great track record in retail.” Investors may even view the start-up idea as a management distraction that will bode poorly for Whole Foods’ stock price.

Still, a Whole Foods ‘lite’ at lower prices? We might have our doubts, but hey, we’ll try anything once. If anyone can do it, it could be the reigning king of the retail grocery experience.

See you at the cheap-o cold-pressed juice counter.

My passion for transforming big ideas into succinct, entertaining and informed content has recently led me to Cult Collective. It can be frustrating to see the industry you love led astray, so I'm making it my personal mission to share informed insights with those brave enough to listen. I love what I do so much that often I wonder if it’s unfair I get paid for it too (Shhh. Don’t tell anyone I just admitted that).
Further Reading
See All
Carson McKee
February 14, 2022