I was recently speaking with the CMO of a multi-billion dollar brand that has been consistently heralded by numerous pundits, associations and award show committees as a poster child of exceptional advertising. Yet, despite so much praise, her business is suffering from seven consecutive years of declining sales. It is precisely that juxtaposition that should spur a collective wake-up call and force us to realize more media spend and richer promotions are not the quick fix many herald them to be. Instead, our overemphasis on advertising depletes valuable resources that could be better deployed to fix the fundamental problems that often plague businesses but are too often ignored by brand leaders.

I firmly believe in and have championed innovative advertising strategies throughout my career. But years ago, I was exposed to Geek Squad’s nontraditional go-to-market approach, and my eyes were opened to a whole new marketing paradigm.

Geek Squad’s founder, Robert Stephens, told me, “Advertising is a tax brands pay for being unremarkable.” That sage advice rocked my world. I realized the glitz and glam of the advertising industrial complex’s propaganda was inappropriately influencing the hearts and minds of marketing and media practitioners. I was also responsible for tainting the expectations of C-suites by hawking quick fixes instead of endorsing substantive improvements to their customer experience or core value propositions.

Advertising is a tax brands pay for being unremarkable.

No brand is spared from paying some “tax” some of the time. Still, my team and I are on a crusade to elevate the craft of marketing above markdowns and reduce overspending on paid media to free up sufficient capital to create solutions customers genuinely care about.

Let me share a few examples of what’s been learned from researching marketing spend allocations within some of today’s most successful brands:

I’m inspired by Sarah Blakley’s founding of Spanx, now valued at $1.2 billion. Sarah shunned the traditional apparel advertising strategy of “promote, promote, promote”. Her brand’s proliferation had nothing to do with optimizing paid media; instead, she relied on a superior product idea that resulted in an entirely new category – shapewear. She spent her early years prioritizing distribution strategies and fostering earned media, particularly from the Hollywood community (i.e. persons obsessed with body image), long before influencer marketing became bastardized via its proliferation on social media.

Tupperware is a brand that is as synonymous with its category as Kleenex is to tissue. Last year, Tupperware enjoyed 72% year-over-year growth, yet they don’t rely on paid media to increase market share. Instead, they utilize independent sales consultants who leverage network marketing and have mastered Facebook, Zoom and TikTok to tout product benefits and host virtual Tupperware parties.

It’s hard to imagine any retailer with a more nontraditional approach to retailing (and marketing) than Costco. Costco actually charges customers to shop their store, doesn’t guarantee the same merchandise will be on their shelves week after week, spends bare-bones on store environment or customer service, and has less convenient hours than their competitors. Costco also opts out of most advertising channels. Yet, Costco earns over $160 billion annually and is beloved by many highly loyal customers. How? By mastering principles of membership marketing, perfecting merchandising strategies, adopting internal engagement best practices, and removing excessive costs from their operations (i.e. no loyalty programs, no expensive CRM systems, no mass media) to deliver maximum value.

Costco isn’t alone in its retail awesomeness. Kiehl’s, a 170-yr old pharmacy and cosmetics brand, Trader Joe’s, a 530-chain grocery store, and Lululemon, a premium Canadian-based apparel success story earning billions in annual sales, have all convinced shoppers to not only buy but to buy-in, and have created compelling differentiators and given their predominant and opportunity customers worthwhile things to talk about. Check out Kiehl’s customizable skincare products, Trader Joe’s robust private-label offerings, or Lululemon’s recent sponsorship of Team Canada as good examples of great marketing. Brand leaders within these organizations decided to make impressions instead of buying them, and their alternative approach makes all the difference.

How Your Brand Can Do Something Similar

Begin by rearranging the priority of your discretionary spending from paid→earned→owned to owned→earned→paid. Most paid media campaigns should only be funded after you’ve exhausted all other good ideas and best efforts to develop owned assets that are so noteworthy that you reap the enormous benefits of earned media. This reordering is significant and often requires changing marketing org charts (hint: your marketing department can’t be composed of managers tasked with optimizing specific tactics such as social, SEO, email, flyers, TV, etc.). Also, allocate a portion of your ad budget to a newly created advocacy budget. Assign someone to be responsible for word of mouth as if it’s its own channel. Finally, your media mix models should immediately be upgraded to marketing mix models that account for more holistic variables that positively impact buying decisions.

Begin by rearranging the priority of your discretionary spending from paid→earned→owned to owned→earned→paid.

Advertising is an important part of the customer journey, but not the most important part. As such, it shouldn’t command the majority of your discretionary resources. Unfortunately, annual expenditures on paid media have nearly doubled to $300 billion in the past decade, yet most marketing-based KPIs are now at an all-time low. As a result, customers have never been more disenfranchised and promiscuous, new product launch failure rates exceed 90%, and more small and medium-size companies are failing faster than ever before. A new prescription is required to cure what is ailing businesses, and a larger dose of paid media is not the answer. Cult branding is.

Looking for more? You’re in luck.

Get started by downloading the first chapter of FIX: A NEW PRESCRIPTION TO CURE DISENGAGED CUSTOMERS, PROSPECTS OR STAFF. FIX takes a deep dive into Cult’s eight cult-brand principles and teaches how they can be customized to suit your brand.

Find out if the FIX: THE WORKSHOP is right for your brand. Learn what it takes to create more meaningful engagement amongst your brand’s customers, prospects and employees in our in-depth discovery of how your brand can elevate to cult-like status.

I graduated with Master’s degree in marketing communications from Northwestern University and worked client-side at John Deere and The Home Depot prior to selling my soul to join an ad agency (Rapp) in Dallas, Texas. In 2010, I moved to Calgary to run Watermark Advertising Design. Then, in September 2012, I resigned to join a Cult.
Further Reading
See All
Cult Collective Ltd.
November 3, 2021 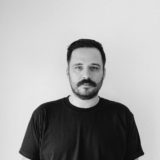