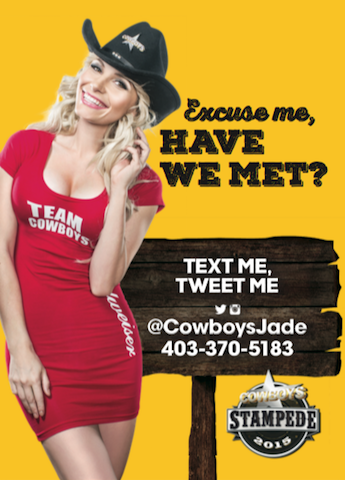 Cowboys is the western-inspired club and bar that’s taking Calgary by storm. Every year at the Calgary Stampede, Cowboys plays an integral part on a global stage, as over 1.1 million attendees from around the world have access to their Stampede grounds’ marquee. While an enormous structure, queues always extend around the block, and entry is deemed almost impossible, due to the sheer volume of attendees.. With such astronomical success around this annual event, Cowboys was looking to amp up their involvement and remarkability in customers’ lives. They were striving to reach more people, in more engaging ways, than ever before—while ensuring their marquee was full, not just in the evenings, but around the clock. They came to Cult for help.

We extended the experience of attending Cowboys into the digital realm by creating fictional personas of a stereotypical waitress and a male bouncer—named Jade and Brock. We set up Tinder, Facebook, Instagram and Twitter accounts for these two, making them seem as real as possible. Hell, we even gave them phone numbers people could text. Through social channels, radio spots, print and bus back ads, we used their images and promoted their contact details—inviting the public to engage with them, in order to win entry, get VIP passes, and meet A-list celebs and musicians. Behind the scenes, we employed career comedians to assume the Jade and Brock personalities for the month surrounding the Stampede, and respond to the public’s messages and posts. All of which were then captured and broadcast on large screens around the marquee tent and, of course, through social media channels.

Interactions with Jade and Brock went through the roof—with people convinced they were real people. They ranged from the funny, to the downright filthy. The wittiest respondents were rewarded with all kinds of prizes, and around-the-clock attendance at the Cowboys marquee had never been higher. The ruse was so successful that newspapers even held interviews with Jade and Brock, and they “appeared” on radio shows to promote the events in the marquee. 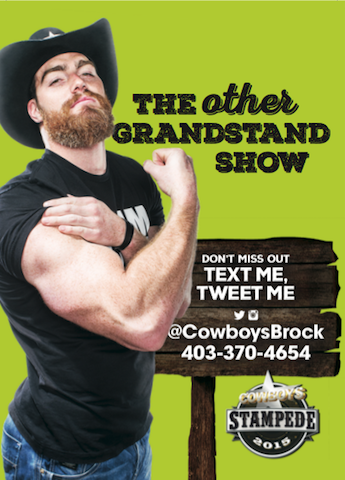 Putting the Bay of Quinte on the map

and minds of travellers

Breaking the sea of sameness