How to Grow Cannabis Brands
Thriving In an Industry Without Advertising

What would you do if you were never allowed to advertise again?

Most brand leaders would freak out because their playbooks are predominantly paid media. But cigarette brands as far back as the 1960s have been wildly successful despite public health concerns that drove regulatory changes to the way they advertised. Gone were Joe Camel, endorsements from old white men in lab coats, celebrities laughing with a smoking dart on their hands, and our beloved Marlboro Man (may he rest in peace).

Most would agree that these restrictions were for the better, preventing cigarette companies from targeting youth or glamorizing an unhealthy habit. But the tobacco industry had a giant head start so their businesses did not suffer much. Major tobacco brands were already cemented into the cultural landscape, and brand preference was passed down generationally, from father to son, stolen out of half-smoked packs on the way out the door to high school parties. The lack of advertising barely slowed these mega corporations, and certainly failed to kill the industry.

I started out my marketing career as a consultant for various construction companies, an industry that I understand well. My love for strategy and problem solving has since led me to work with a varied group of clients from start-ups to non-profits with 50+ years legacies. I love my job because I truly believe we are in a position to do good through our work.
Further Reading
See All
Amy Machin
October 5, 2022 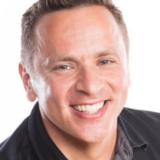